A Grand Tasting Experience for a Delicious Cause

This February, 40 of New York’s premier chefs gathered on Manhattan’s gorgeous westside waterfront to throw a grand tasting. The occasion? The 30th anniversary of C-CAP (Careers Through Culinary Arts Programs), an organization that provides students in underserved areas with the education, enrichment programs, and encouragement they need to pursue their dreams of a culinary career. What better reason to indulge in the finest food the city has to offer?

Of course, fine food deserves fine lighting. We’re proud to say that over each chef station, Ketra lighting was installed to give the chefs and their guests a delicious visual experience. Ingredients popped with vibrant color. Every chop, slice, and flambé was illuminated with artful precision. Onlookers were treated to a dazzling display of excellence and elegance as the city’s most accomplished culinary artists—some of them C-CAP alumni themselves—brought their exquisite visions to life. The partner behind the immaculate lighting was Lutron, who enlisted Ketra to furnish these high profile chefs and restaurant professionals with lighting fit for their extraordinary talents. Each chef received a personalized Lutron Pico controller in eye catching fire engine red, and wielded the control - and their creativity - to showcase their culinary creations in the best light.

The event kicked off with red carpet arrivals—famous faces from across the sports and entertainment worlds—who brought support and star power to the event. NBC Chief Meteorologist Janice Huff handled the emcee duties for the evening, which was co-chaired by Tim Zagat (co-founder of Zagat) and Maurice Samuelsson (restaurateur, author, philanthropist), two of the culinary industry’s most recognizable personalities. Honorees included Richard Grausman (C-CAP’s Founder and Chair Emeritus) and Sarabeth Levine (award-winning chef, restaurateur, author, baker and jam maker).

All evening long, guests savored and sipped their way through decadent dishes, world-class wines, and specialty drinks. Michelin-starred restaurants Le Bernardin, Gramercy Tavern and so many others prepared mouth-watering bites; Exquisitely-crafted crab cakes, caviar-topped kettle chips, and four-story devil’s food cake creations were just a few of the dozens of delicacies that vanished as the crowd mingled and munched throughout Pier Sixty’s open, luxurious space.

To sample foods from such a rarified collection of restaurants in one place, on a single evening, was certainly a once-in-a-lifetime opportunity for all who attended. But the real once-in-a-lifetime opportunities are the ones C-CAP has been creating for the last three decades. Founded by culinary educator Richard Grausman and co-chaired by chef, author, and restaurateur, Marcus Samuelsson, the organization collaborates with 5,000 industry partners to create job training, internships, scholarships, and professional development—and donates equipment and products to culinary classrooms. With 15,000 students served annually and $56 million awarded in scholarships since 1990, it’s safe to say this organization is in a class all of its own.

We’re so proud and honored to have participated in an event honoring such a wonderful cause. Thank you to Lutron, C-CAP, and to all of the phenomenally talented and generous chefs, organizers, and supporters who came together to make this event a sweet and satisfying success. 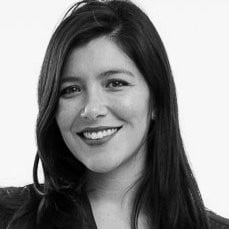