The rebirth of Palm Desert’s Wave House, a Mid-Century Modern dwelling originally designed by architect Walter S. White, turned out to be a master class by Stayner Architects in how a public-private collaboration can not only restore, but repurpose historic buildings. Featuring a look from the past, but functions for today, this one-of-a-kind project is making waves in the desert and breathing vibrant new life into a historic home. 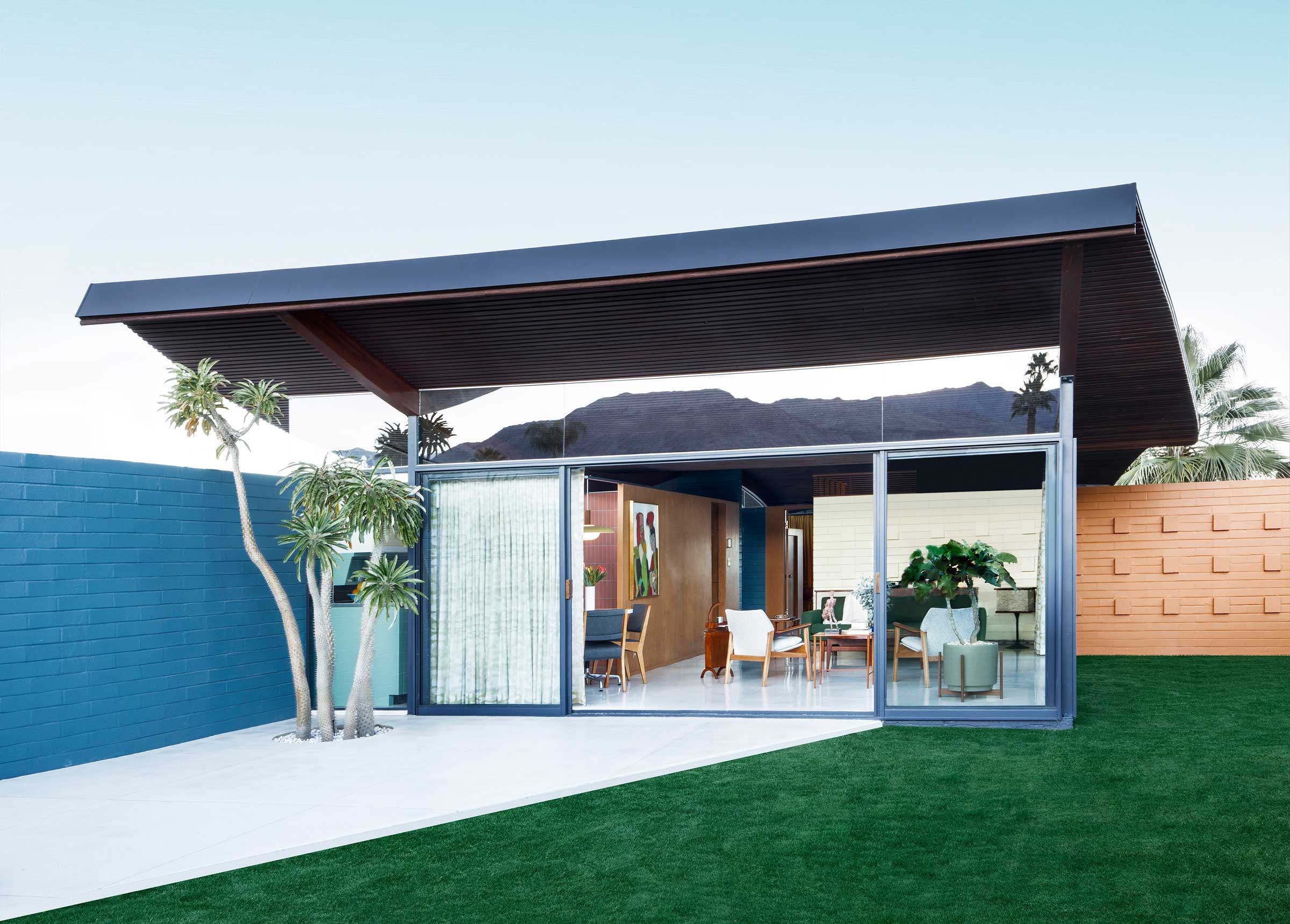 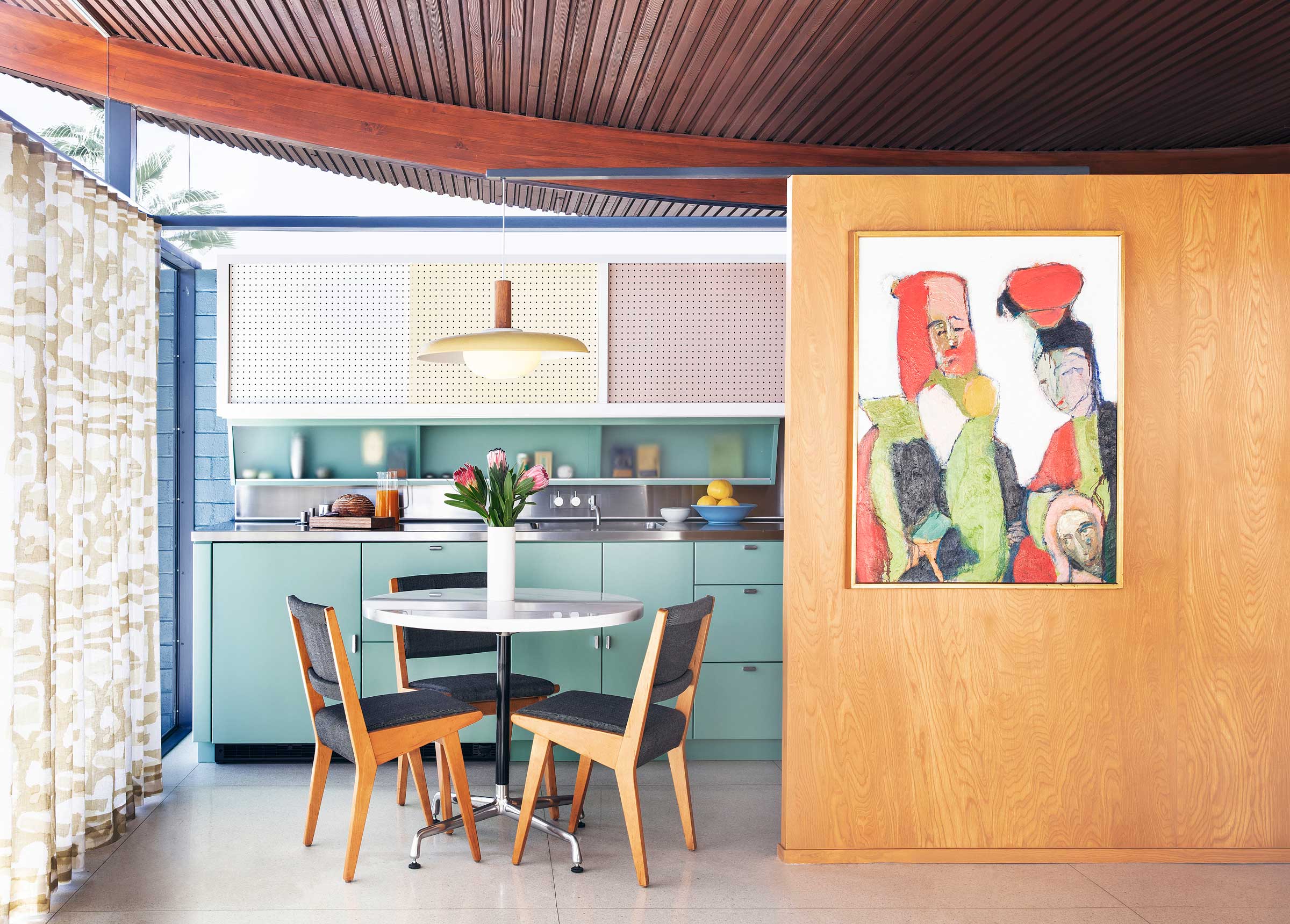 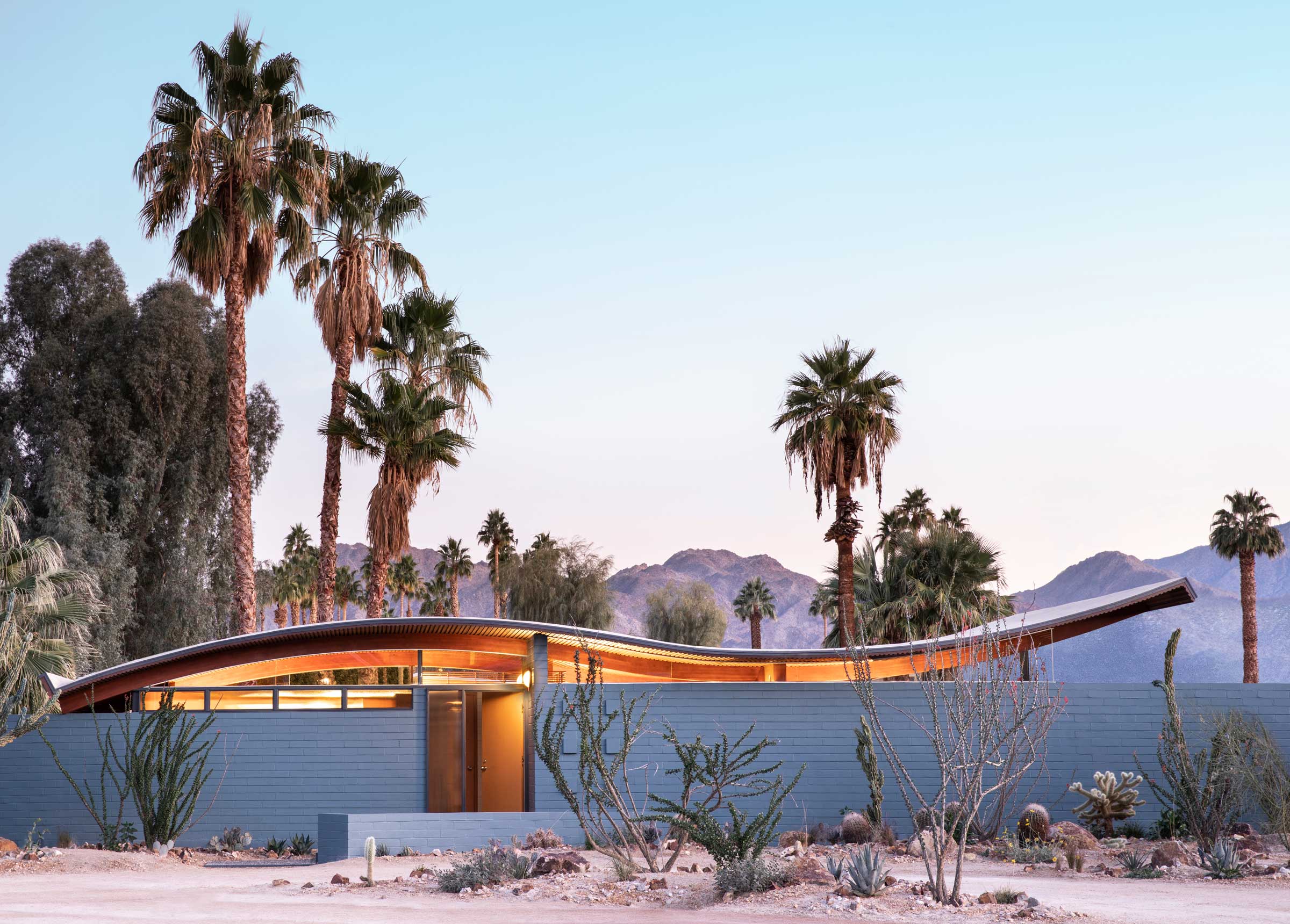 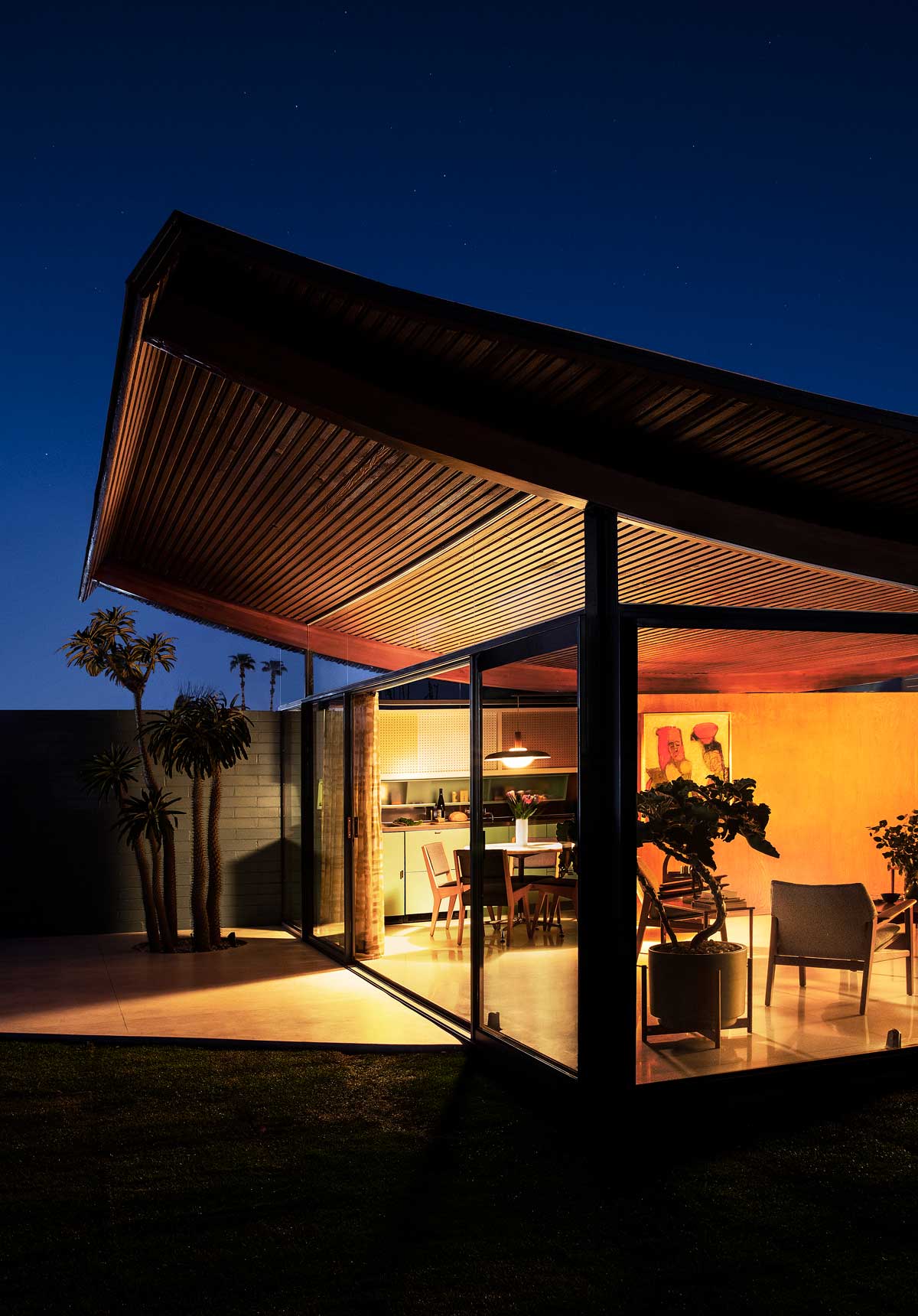 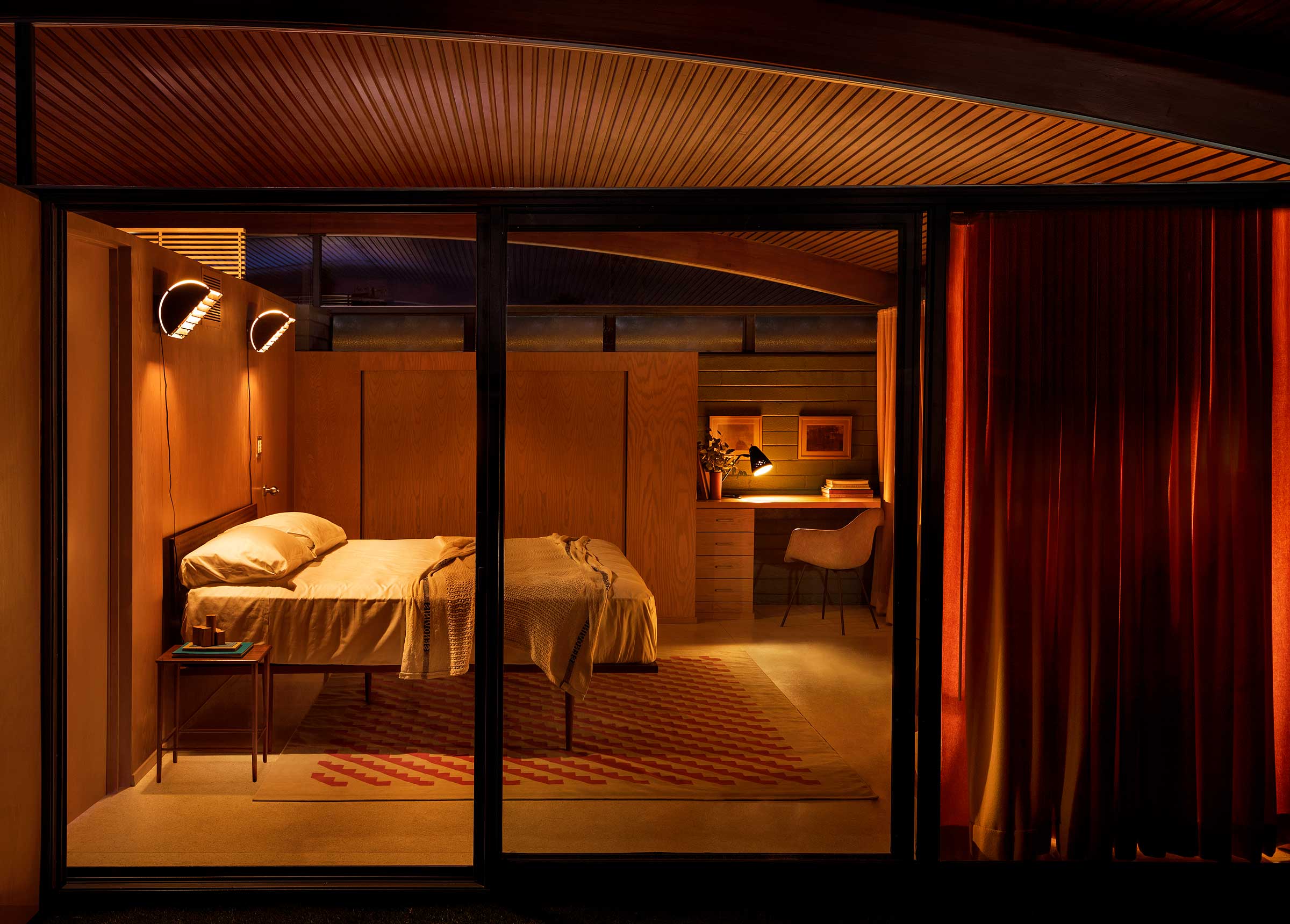 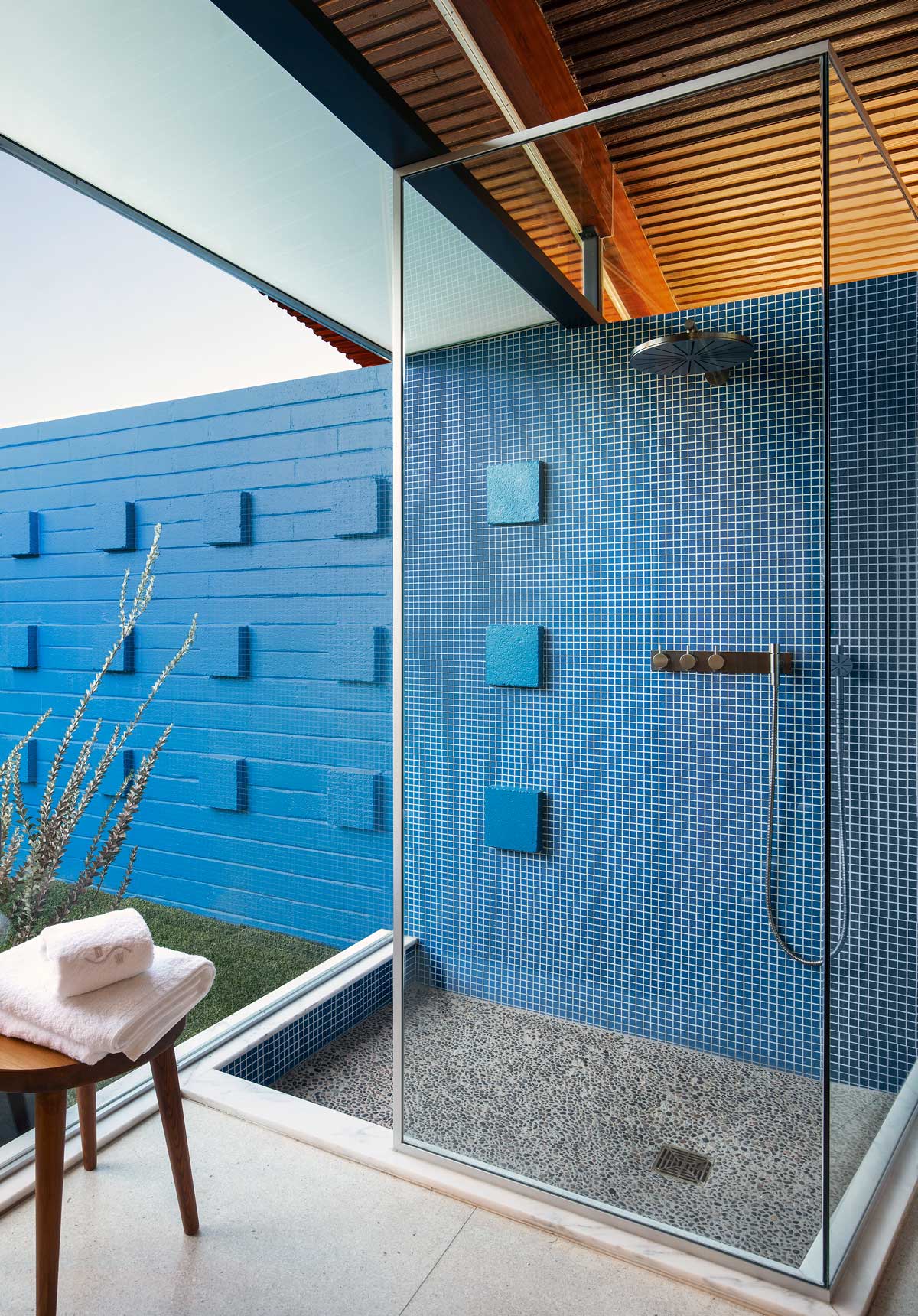 One of the most striking features of the Wave House is the undulating roof that gives the structure its name. White filed a patent on this innovative design which effectively made the roof and ceiling one and the same. Over the years, the roofing had failed and there was a substantial amount of water damage. Not only that, but the design of the roof made it impossible to hang anything from the ceiling or run wiring through it.

In addition, several owners over the years had undertaken some ill-advised remodeling efforts, altering the dwelling’s footprint and covering or even removing original elements. The house also needed updates to make it more seismically stable, plus the addition of eco-friendly elements such as additional insulation to improve HVAC efficiency. Finally, Stayner Architects had to straddle the line between historic preservation demands and the need to make the property flexible enough to serve multiple purposes.

“The mythology of LA architecture is tear down, build up — but we don’t believe that this is the future. So we are intentionally choosing projects to restore and reposition historic buildings.”

When it came to sustainability, Walter S. White was ahead of his time, designing the Wave House’s architecture to be highly environmentally efficient — the home features underground ducts that "pre-cool" the air, and the cantilever of the roof was built to align with the movement of the sun. In the summer, the sun is kept out of the house, and in the winter, with the sun lower, the roof line allows the house to capture the sun’s light and heat up the floors. Some modern quality-of-life updates were also made, with the addition of a new hot water heater and a high-efficiency HVAC system buried beneath the home’s floor.

When it came to the rest of the Wave House lighting, the architects needed to address both the technical and atmospheric challenges. Daytime lighting was not really a concern – the house’s perfect orientation (created purposefully by White in a time where this aspect was rarely considered) and its vast expanses of glass create a truly unique natural light quality. However, evening lighting was a different matter. 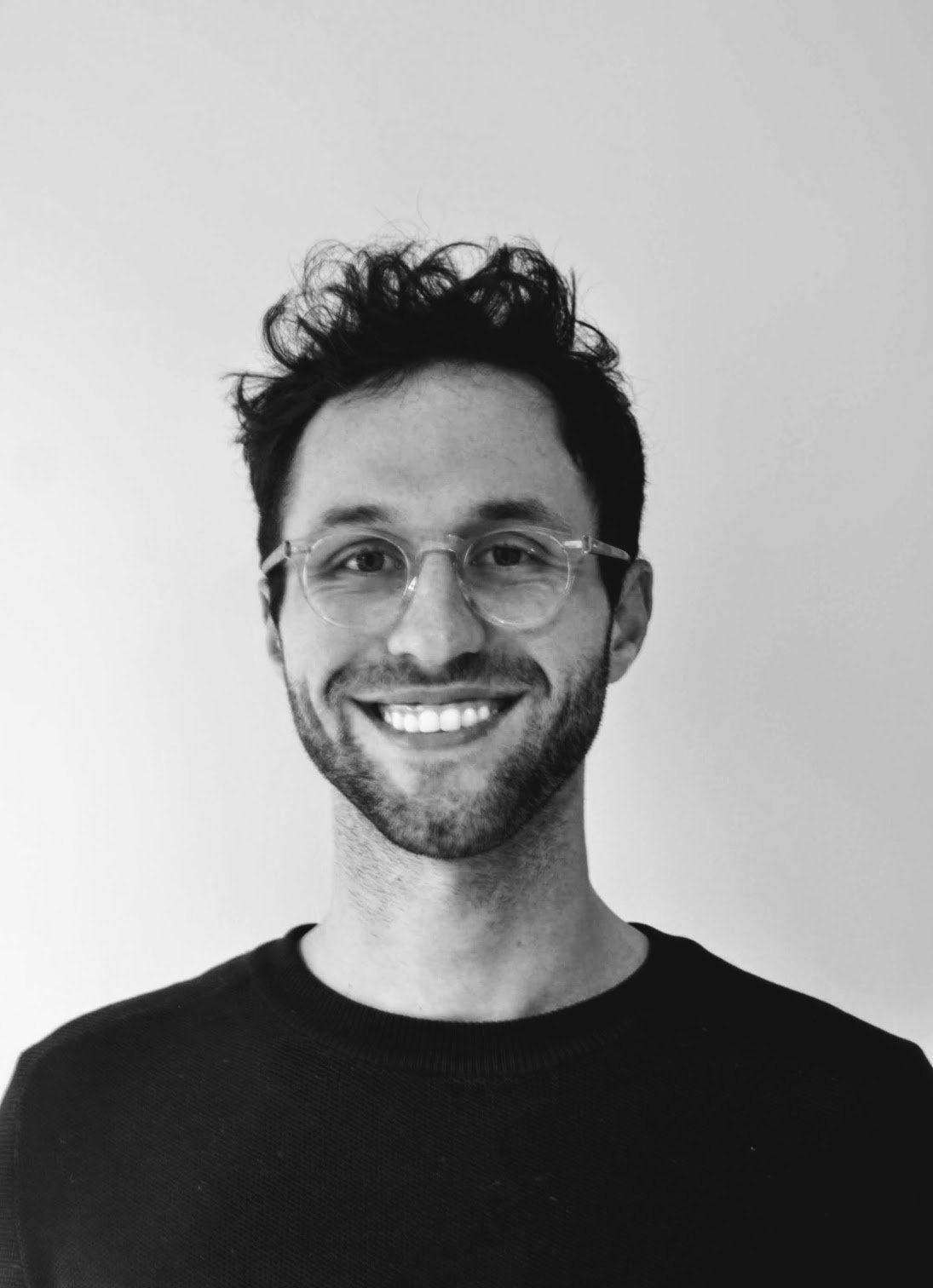 “We were not looking to create a “museumification” of the house — we strived to get all the sensory qualities right, from sounds and smells to textures and lighting.”

In a lot of historic designs, lighting is merely used to pop the facade, but Stayner Architects wanted to honor White’s legacy by going beyond that concept to highlight the internal glow of the house. Historical research into the lighting available at the time helped shape the best way to replicate the look and feel of the light in the space, and nighttime archival images were especially helpful in getting a sense of the quality of the light. The resulting interior lighting combines a recreation of White’s 1950s light with carefully sourced period-accurate fixtures. Nothing can be hung from the ceiling, so any hanging fixtures are cantilevered, such as the steel bar over the kitchen table, sourced from Holland and lit with a Ketra A20 lamp. Two areas of the kitchen that originally had fluorescent tubes, now have their effect replicated using linear tape light. Finally, a pair of built-in architectural box lights in the bathrooms over the mirrors were replaced with tape light.

The remaining lighting consists of vintage 1950s table and wall lamps outfitted for modern living with Ketra bulbs. Ketra technology was key in being able to match the color temperature of both the tungsten-based incandescent bulbs as well as the much cooler fluorescents available in 1955 and create the actual effect of that era’s lighting. As a final touch, strip lighting was added on the tops of some of the interior walls to enhance the sensation that the roof is floating. A full sensory experience was completed with the incorporation of desert landscaping, ambient sounds, a period record player, and no TV to create an immersive, mindful atmosphere.

“Ketra technology was key in being able to match the color temperature of both the tungsten-based incandescent bulbs as well as the much cooler fluorescents available in 1955 to create the actual effect of that era’s lighting.” 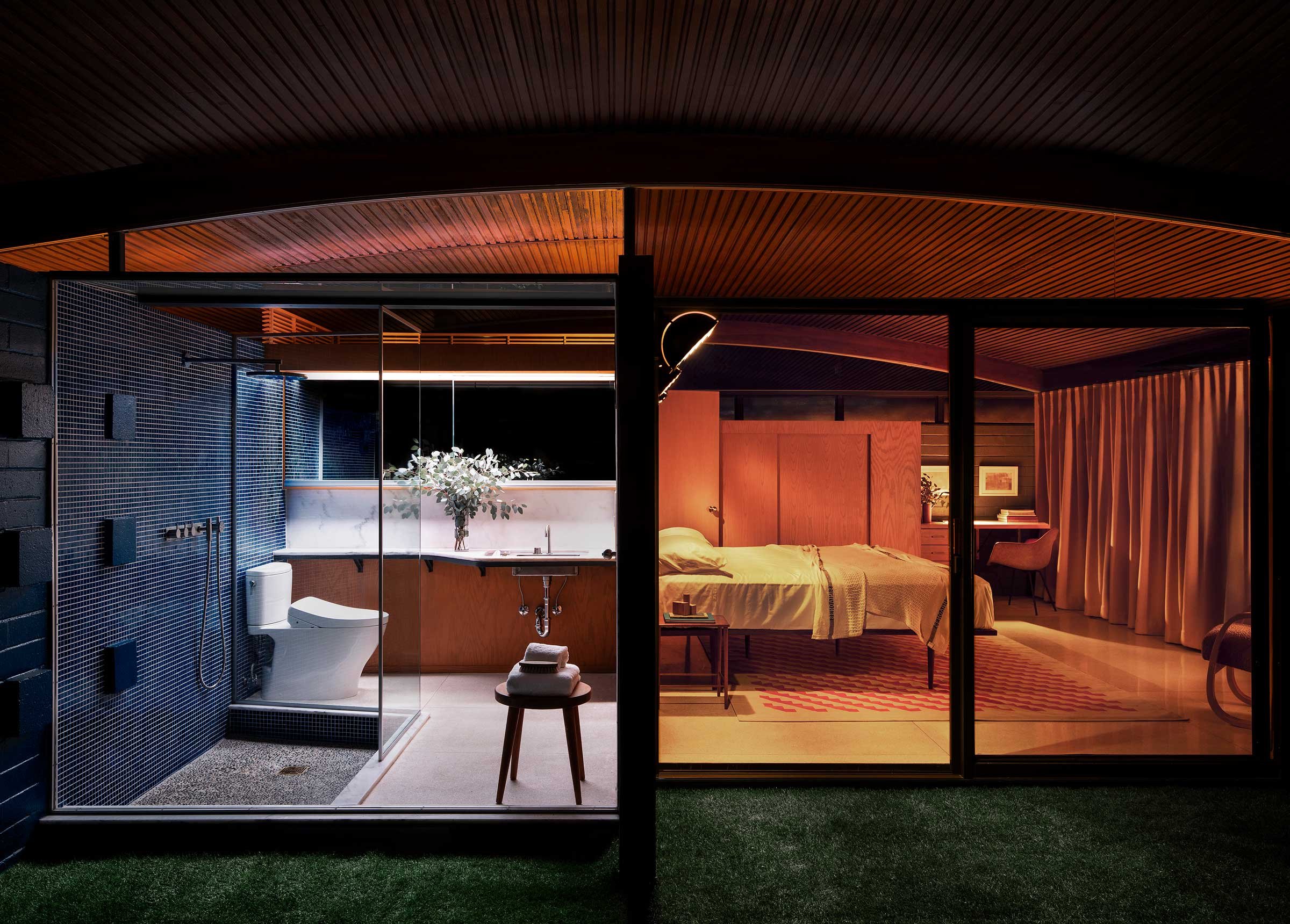 After a 14-month restoration, the house was unveiled to rave reviews during Modernism Week in February 2020. So far, it has been used as a unique, captivating event space, which aligns with one of the city’s goals to promote Palm Desert’s connection with its history and architecture. The inaugural event showcased not only the inspiring cultural qualities of the Wave House, but the magical quality of the Ketra lighting. Temporal-based programming allowed the event hosts to calibrate the lighting to complement a perfect pink-sky sunset. The ability to turn off the keypads and only control the scenes through an app prevented guests from accidentally changing the lighting.

A permit from the city allows the Wave House to be accessed by the public for overnight stays and events, so it will serve as a community space for art, music, and social events — just as it once did under original owner Miles Bates. Longer-term plans for the property include adding a pair of one-bedroom units, a swimming pool and a cabana out back.

Want to experience this mid-century modernist dream for yourself? Visit the property's website and make the Wave House your own for a night or weekend.

“When it came to lighting, we felt the need to go beyond just replicating fixtures. Our goal was to replicate the feel of the house, making it as warm as it would have been in that era.”